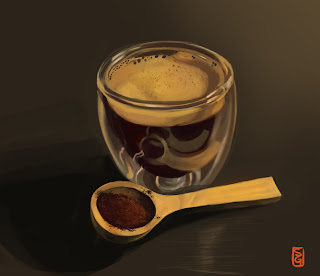 A quick study last night - been trying to get better at painting! Before I worked at a cafe my senior year of college, I didn't drink any coffee. Now I'm snobby about espresso and coffee. Like how on this I had to pull (make) the shot a second time when it came time to detail the crema (foam). SIGH.
Posted by Unknown at 12:41 PM No comments: 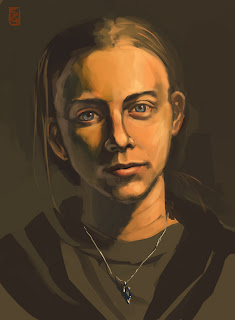 Back to basics.
Posted by Unknown at 1:49 AM No comments: 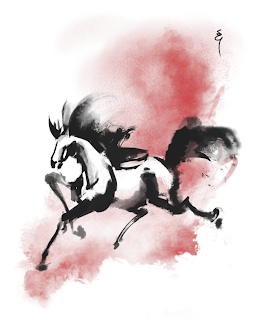 I had another one of those discoveries that reminds you exactly why Photoshop is a several-hundred dollar program. I've always believed that it's shortsighted to assume you've "learned everything you need to know" when it comes to that program... there's always a better way to do something, or a trick that you can use to make your work better, or in this case, a completely new approach that opens up tons of possibilities.

At Capt. Jerry's, most of my work is taking someone else's art into Illustrator and outputting it into film separations. The very basic explanation is that each color has its own film, so you have to keep your colors separate when you create art for screenprinting. Naturally, this doesn't work as well with digital paintings. 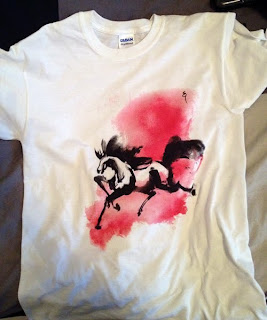 So there's some things that need to be finessed (other than my lacking photography skills) - lightening up the layers so that when they are printed as a halftone they don't get too opaque, you can see in the red especially...

But it's pretty exciting realizing that I can digitally paint films for screenprinting. Makes me want to go all out and make a several color image - or just a baller one like the amazing Batman: Arkham City shirts. I actually have a shirt from this series, and it's just another 2 color, red and black on white - and it looks amazing. And being a screenprint, it's incredibly durable.

Ideas, ideas, ideas!
Posted by Unknown at 9:29 AM No comments: 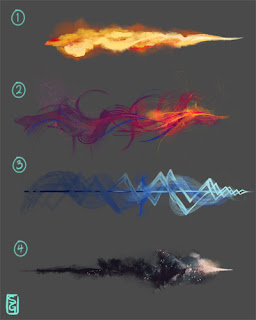 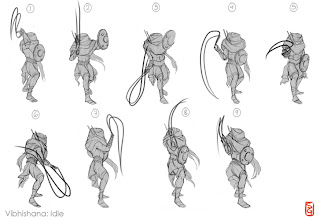 Had so much fun with this animatic that I decided to try another one. Think I'm going to another one, slightly different (and a different character), but I love studying that urumi, hahaha.
Posted by Unknown at 1:15 PM No comments: 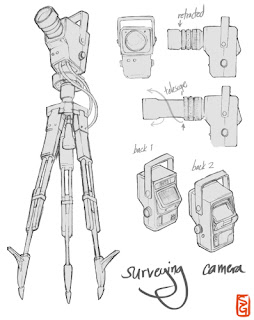 Prop work to supplement my thesis work from MICA. Also viewable at my website.
Posted by Unknown at 12:51 AM 2 comments: